Are You Taking Advantage of These 6 VoIP Benefits?

Can you imagine your business where it is today without a good, quality telephone system? Most small businesses require a dedicated communications infrastructure, but managing such a thing is not the simplest task. The best way to get the most return on your investment is to implement a Voice over Internet Protocol solution, or VoIP for short.

Software as a Service Helps Small Businesses in So Many Ways

Over the past few years, more and more small and medium sized businesses (SMBs) have adopted software as a service (SaaS), in favor of the traditional use of software that was stored locally on hardware. Whether you are already using SaaS for a few of your operations or you’re considering implementing it for the first time, there a few fundamental items you should understand: What is Software as a Service? What are the benefits of adopting SaaS applications? In what departments can SaaS be utilized?

Small Businesses Find Managed IT Useful To Their Growth

Many small-to-medium-sized businesses (SMBs), find that they need to have the right technology before they can grow. In fact, studies have shown that businesses that cap out at 250 employees and primarily have plans to grow in 2018 are focusing their strategies on using IT solutions and applications to achieve growth.

Ransomware has grown in popularity since it first made itself known, but it wasn’t until just last year where it became a powerful presence in the cyber world. Ransomware encrypts the files of its victims and demands payment for the decryption key. In just one year, ransomware stole approximately $1 billion from its victims. Most notable, though, is that these victims were not just from large enterprises, but small companies, too. 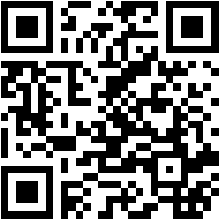