Tip of the Week: Use This Chrome Extension to Avoid Online Movie Spoilers

The Internet is a great and wondrous thing, giving us information about pretty much anything we could ever hope for. However, this is a dangerous thing for those who want to go about their entertainment “spoiler-free.” In other words, you want to be pleasantly surprised when you watch your favorite movies or TV shows. Sometimes the Internet isn’t so kind toward that goal. Well, here’s a somewhat viable solution: the Spoiler Alert extension for Google Chrome.

Especially with Star Wars, Episode VII: The Force Awakens just around the corner, there’s no time like the present to arm yourself against the savage assault of spoilerific Internet content. The extension for Spoiler Alert is capable of blocking certain web content in accordance with your specifications. While the extension asks you to sign up with your email and date of birth, it allows you to browse categories and block content related to specific TV shows and movies. CNet cites that the only movie currently available to block spoilers of is The Force Awakens, but hey, isn’t that all that matters?

Spoiler Alert also works for certain other events, like sports, new episodes of TV shows, and the like. This is particularly helpful for popular dramas that are huge hits in pop culture (think The Walking Dead), or for keeping you from viewing the score of the big game until you’ve watch it. You can even use it to avoid all of the political debates and debauchery, if you so desire.

However, Spoiler Alert is still far from ideal. As explained by Rick Broida at CNet:

One problem I discovered is that Spoiler Alert doesn't seem to work past the initial page-load. So on Facebook, for example, if you scroll down far enough that the site loads more content, the extension doesn't block anything in that additional load. That's a problem. But this blocker is still in beta, so hopefully the developers can address that. In the meantime, I'm just happy to have at least some line of defense against our spoiler culture. Seriously, people, why would you want to know everything (or anything) about "The Force Awakens" before getting to the theater?

In some cases, Spoiler Alert only blocks headings, titles, and text, rather than images, but in other cases it’s capable of blocking the entire site, while offering the choice of entering at the risk of being spoiled. You can change these settings to suit your needs, though, like if you’ve already seen the latest episode of your weekly TV show. Another solution to this dilemma is to completely avoid Facebook, Twitter, and pretty much any online news aggregate, but that’s not really a viable choice. As a business owner, you probably spend a lot of time on the Internet doing research on new solutions and clientele. You shouldn’t have to have your fun ruined by Internet spoilers just because you’re doing your job.

In the meantime, Spoiler Alert might alleviate the problem to a degree, but the fact remains that the Internet is rife with spoilers that can potentially ruin the experiences of folks around the world. If you know of another way to keep spoilers away, feel free to share it in the comments; and please, no spoilers! 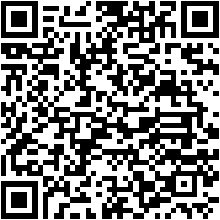