Ransomware has grown in popularity since it first made itself known, but it wasn’t until just last year where it became a powerful presence in the cyber world. Ransomware encrypts the files of its victims and demands payment for the decryption key. In just one year, ransomware stole approximately $1 billion from its victims. Most notable, though, is that these victims were not just from large enterprises, but small companies, too.

Cybercriminals Who Use This Malware Will Get A Nasty Surprise

Do you know what a botnet is and how it works? It’s basically a network of infected computers that can be used to perform Distributed Denial of Service attacks, overloading target networks and forcing them to endure downtime. They can also be used to distribute malware and other threats. What’s worse than this, you ask? Hackers can purchase botnets on the black market to use against their targets, but a new type of botnet strain is changing the way this works.

5 Security Threats that Spell Doom for Any Organization

Fact: your business will always be susceptible to various security threats in at least some capacity. It’s up to you to counter these threats before falling victim to them. To help you with this, we’ll go over the top five threats that you need to be prepared for.

These Police Officers Called for Backup... and it was Infected with Ransomware

The police exist to serve, protect, and enforce the law, but who can we turn to if even the cops are made victim of a cyberattack? This is the question the residents of Cockrell, Texas have to answer, as their police department fell victim to a ransomware attack known as the Osiris Ransomware. 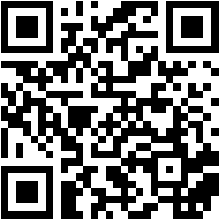